Feargal Quinn was an independent member of Seanad Éireann.

On his website he described himself as follows: “I’m a Dubliner, born in 1936. I went to Newbridge College; I then did a commerce degree in UCD. My wife Denise and I live in north County Dublin and have five grown-up children.”

His first business experience was in his father’s holiday-camp at Red Island in Skerries, Co Dublin. in 1960 he started a small shop in Dundalk with just eight colleagues. .

His first Dublin shop at Finglas came in 1965, and for the next 20 years they concentrated on becoming a major player in the Dublin area. By the time his family sold out our interest in the company in 2005, there were 21 shops and a team of over 5,000

From the start Superquinn homed in on two big things – food and customer service. Our focus on food led to things like our own bread, pizzas, and even sausages made right in the shop, and to staffed meat, fish and delicatessen counters rather than just self-service.
Their focus on customer service brought playhouses for customers’ children, feed-back groups where we listen to customers, and a host of other innovations for which in time they became famous all over the retailing world. We were first in Europe with a technology-based loyalty scheme, SuperClub, technology they sold to companies in other countries. They became partners in an innovative online shopping venture Buy4now. Feargal wrote a book about his business philosophy, “Crowning the Customer”, which has sold like Superquinn sausages in several countries.

In 1979 the Government asked him to be chairman of what later became An Post, and he spent 10 years helping to modernise that service and launch the National Lottery.

Another exciting public service involvement was chairing the steering committee for the new Leaving Certificate Applied – he was privileged to take part in that revolution in Irish education.

In 2006 Feargal was appointed an Adjunct Professor in Marketing at NUI Galway.

Senator Quinn is a well known TV personality with such programmes as “Feargal Quinn’s Retail Therapy” and more recently “Local Heroes – A Town Fights Back”.

Sadly Feargal died on 24th of April 2019. Below are some words of appreciation from LCANA written by Mary Farrell one of our members who worked closely with Feargal each year around our anual awards.

It is with great sadness that we learned today of the passing of our dear friend, Senator Feargal Quinn. He was a huge supporter of the work of the Leaving Certificate Applied National Association for many years. Each year he financially supported our national ‘Feargal Quinn Awards’, presented to the students who achieved the highest number of credits. He was appointed Chairperson of the Steering Committee for the Leaving Certificate Applied,in 1993,  He described this appointment ‘as one of the more interesting and rewarding challenges that I have undertaken’. He believed ‘that the introduction of the Leaving Certificate Applied was the most important development in the educational system in recent years’. He valued the fact that the Leaving Certificate Applied offered students a choice, that takes into account the generally accepted fact that different people have different kinds of strengths, and that we should build for their future on those intelligences, rather than on exposing and punishing weaknesses. He remained a keen ambassador of the programme, attending our awards ceremony and annual conference. We will miss his friendship, encouragement and positive support. 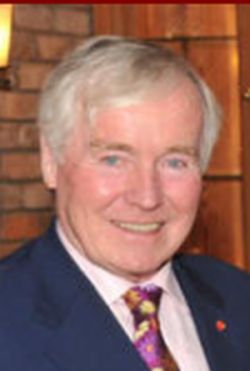