My story: ‘I did the LCA in June – and now I’m about to start primary teacher training’ 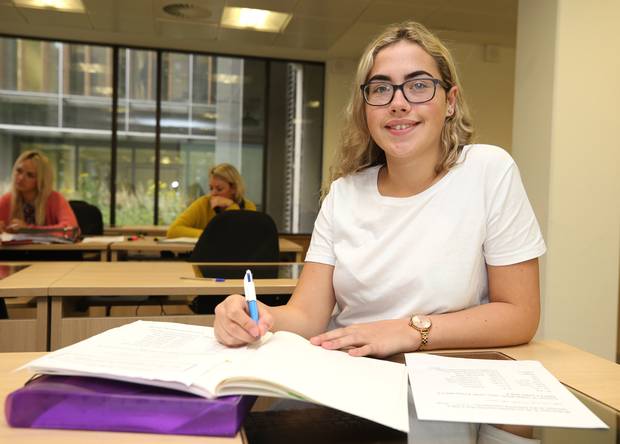 Work experience as a shadow special needs assistant in a primary school convinced Aoife O’Reilly that she wanted to be a teacher, but as a Leaving Certificate Applied (LCA) student, a CAO application would have been a waste of time.

The LCA, an alternative and more vocationally-based Leaving Cert is not recognised for entry into higher education, so how has the 18-year-old ended up in Maynooth University (MU)?

Even before she did her Leaving Cert in June, Aoife had secured a place on the new MU ‘Turn to Teaching’ degree programme, part of a wider initiative to support students from marginalised backgrounds to become teachers.

Aoife (18) grew up in Inchicore in Dublin and attended the local Mercy Secondary School, which participates in the Department of Education’s Delivering Equality of Opportunity in Schools (DEIS) programme in disadvantaged communities. There is no background of higher education in her family, but she says her mother had high ambitions for her daughter.

The education system did not work for Aoife, who says she is “not great at doing exams. I thought the LCA would be a better option for the way I learn, but I didn’t realise there would be so many barriers to higher education”.

Aoife says she had “given up on going to university because I didn’t think the LCA would get me anywhere”.

Luckily, her school’s deputy principal, Michelle O’Kelly, alerted her to Turn to Teaching and, while classmates were focused on their CAO form, said to Aoife: “We are going to try and see what we can do.”

Katriona O’Sullivan, who heads up Turn to Teaching and who had previously been involved in the College for Every Student programme at her school, assured Aoife: ‘It is perfect for you’.

Aoife applied and went through a selection process that involved an Irish competency test and an interview, and was one of only three LCA students offered a place on the pre-degree foundation course.

Turn to Teaching is open to students interested in both primary and second-level teaching and, overall, more than 20 are due to start in MU in September. Others selected for the primary stream include a Traveller, four mature students, one lone parent, and one student with a disability.

Aoife and others have spent the summer on an intensive Irish language course in MU, to bring them up to standard for teacher training.

She says the course was “great” and although she has an exam next week, is confident about moving forward.

“I couldn’t be happier. If this hadn’t happened, I probably would have just gone to work and that would have been me.”